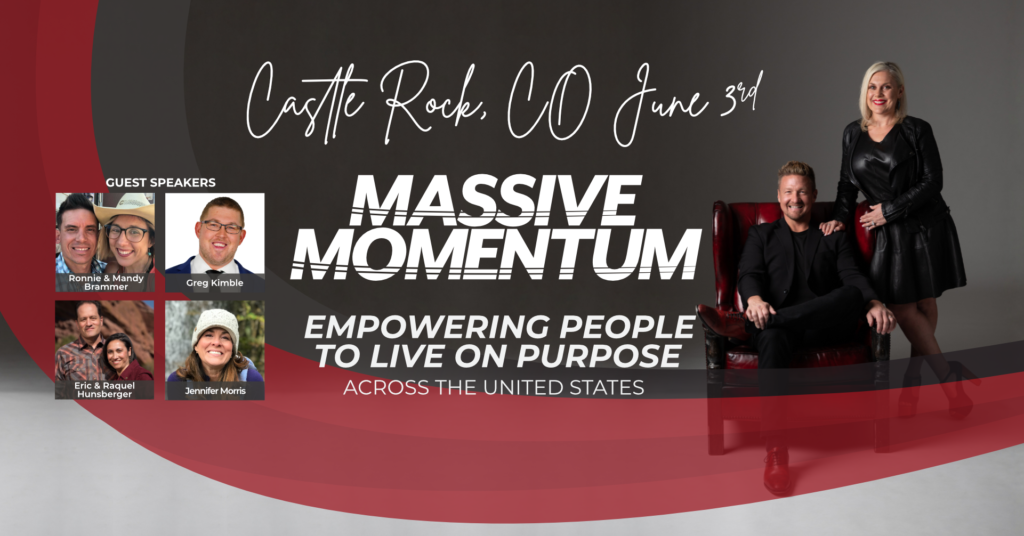 EMPOWERING PEOPLE TO LIVE ON PURPOSE BY CREATING ABUNDANCE IN THEIR LIFE, FAMILY, AND FINANCES!

The Massive Momentum Tour is a 30+ event, nationwide speaking tour featuring Doug and Thea Wood’s message of purpose, freedom, and authenticity. They share their transformation stories of going from struggling in their faith, finances, and marriage, to thriving in each area. Their message is for average people (just like them) with above-average desires to become the best version of themselves.

They imagine a world where people live and express the riches within, rather than purely pursue the riches without. Doug and Thea’s authentic and relatable communication style creates instant connections with anyone who desires more for their life.

They are in demand speakers, co-founders of Valor Global Online, an innovative school bringing synergy to students and their families worldwide, and the founders of Aradaya Media and Publishing,.

They have also been called the entrepreneur family, as their three children, Amaya (14), Katelyn (11), and Phoenix (2), are also writing books, speaking, starting businesses of their own, and fully embracing their family’s legacy. 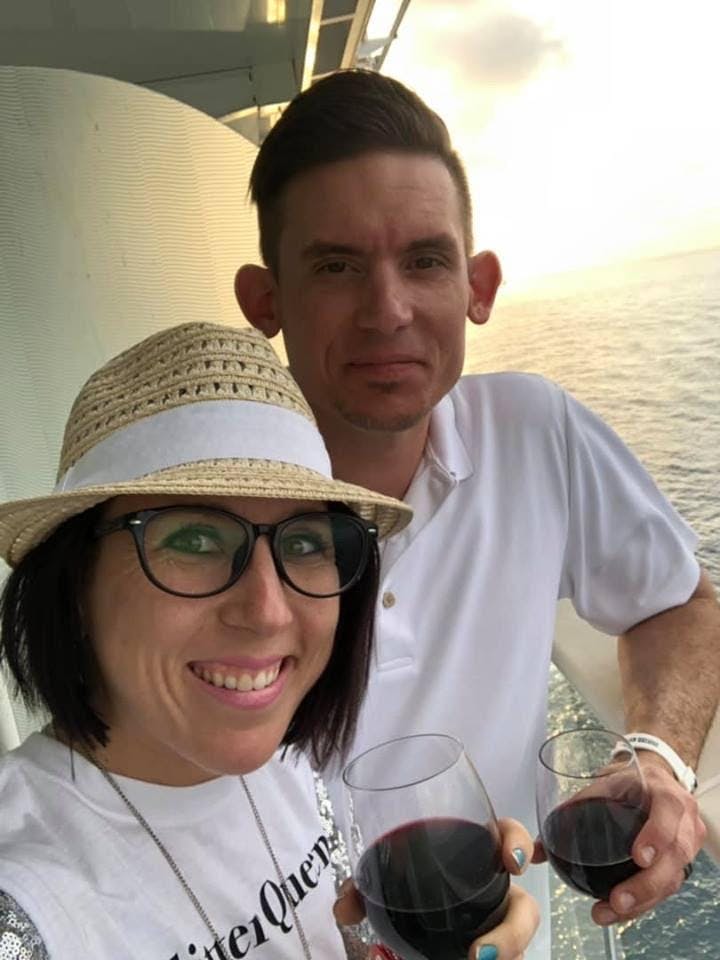 The Hosts of the Castle Rock Event are Ronnie and Mandy May Brammer.

Ronnie Austin and Mandy May live in Castle Rock, CO and serve the South Denver Metro area. They have two children, Lauralai (6) and Phinehas(3) who inspire them to wake up every day and walk in who they are designed to be. They believe stories have a powerful way of speaking to this next generation. Ronnie and Mandy partner with people who have a story of transformation to awaken hearts to dream big dreams, activate minds to live a conscious life, and equip hands to live life in full-out pursuit of that dream.

Ronnie and Mandy regularly travel the country to serve other communities and partner with leaders to facilitate lifelong transformation. They live by the truth that transformation happens one degree at a time, and through their partnerships they have helped thousands of people create that transformation in their own lives. Ronnie loves snowboarding, writing and telling stories through the scriptures. Mandy loves to connect with friends over coffee and lift really heavy weights. Together they make up RAMM KREWE.

The featured guest speakers for the Denver Event are Eric and Raquel Hunsberger.

Eric and Raquel Hunsberger are a dynamic team. Together they led in church ministry for 20 years and developed ministries worldwide. In the last eight years they have created a multimillion dollars business. They are highly skilled entrepreneurs who take pride in seeing others soar.

They have a strategic ability to link arms with leaders and influencers and assist them to have the breakthrough in life, business and ministry. They have made Colorado home as they raise their two daughters along the Front Range.

“Nothing great happens by accident and your greatness is in reach.”

Jennifer Morris is a registered nurse and the owner and CEO of Jennifer Morris Health. She and her husband Tom and their 2 boys, Dasi (8) and Shuki (8) live in Denver. Shortly after the adoption of their infant boys, Jennifer and Tom made the conscious decision to get out of debt, get off the hamster wheel and start living life like no-one else. In just 3 years, they have built a multi-million dollar health coaching practice that is firmly founded on helping people achieve physical, mental and financial health, through daily practices, relationship building and business entrepreneurship. 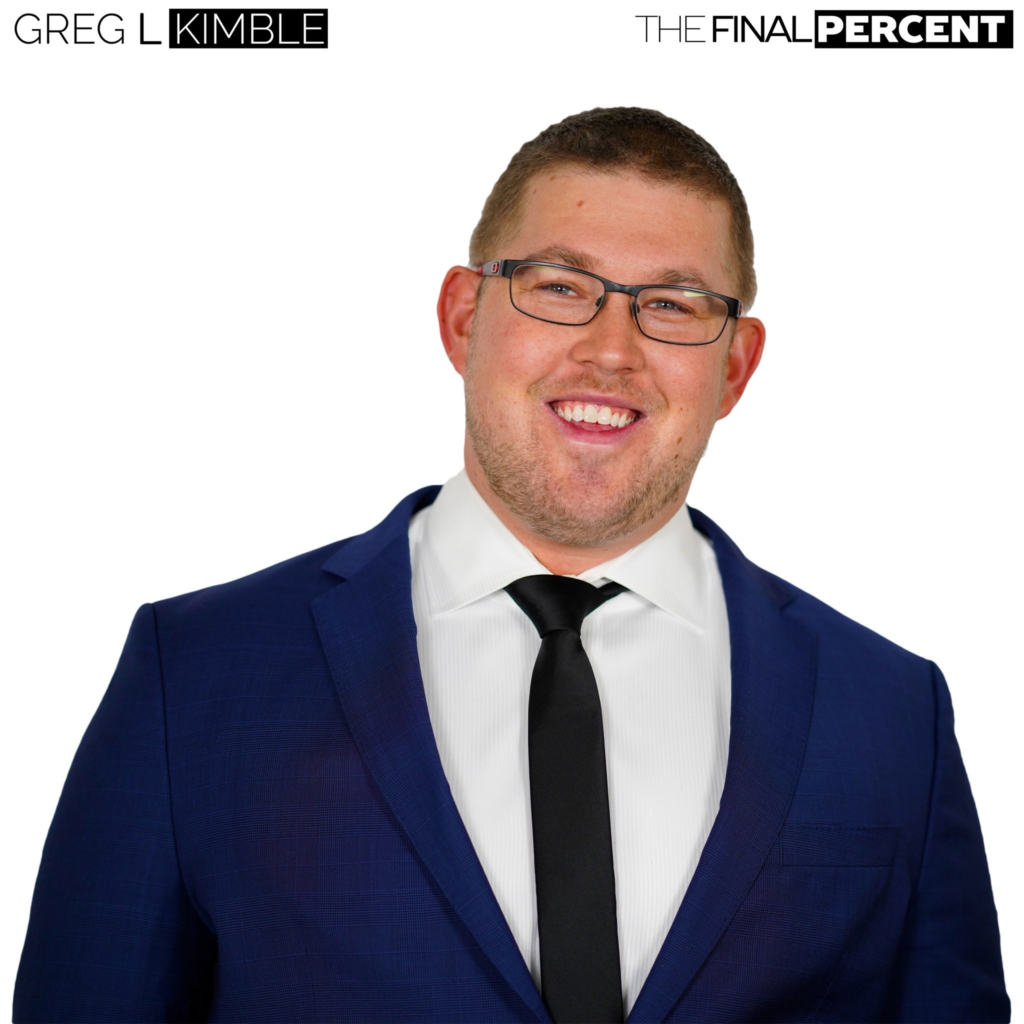 Greg Kimble has held many titles in his time. As a teenager, he got his start in the music industry as a singer/songwriter and went on to wear about every hat imaginable in the field. Singer, producer, engineer, performer, educator, and business owner are just a few of them. Kimble often refers to himself as a “perseverance expert”, as he has persevered through every obstacle in his life including a divorce and ultimately ending up homeless. He has since rebuilt and restarted his life multiple times, only making him stronger in the process.

In one of his most prevalent roles, Kimble resides in Boulder, CO as the Chairman of the Board of KMGLife Inc., a multi-media company and music production school widely known as KMG Academy, and the CEO of The Final Percent. He leads employees and students alike on a daily basis in the more advanced courses the Academy offers, which are focused more toward career development.

Complimentary to his path in education, Kimble also founded The Final Percent Corporation. Through this, he has developed a successful name in motivational speaking and life coaching that has stemmed from his love of helping others and his desire to share the knowledge he has acquired. Among his several life and business concepts, he is notorious for “The Final Percent,” that which is used as a yardstick to measure your personal and business growth against at all times. In essence, this is Kimble’s philosophy for achieving the exponential part of life. He also hosts “The Final Percent” podcast which can be found at https://gregkimble.podbean.com/.

Speeches by Greg Kimble can be geared toward life, business, leadership, team building or sales training. He also hosts numerous breakout style workshops that focus more in-depth on the above topics.